Are you a Boardwalk Empire follower? A fan of the Great Gatsby? Or do you like old-fashioned spirits? Prepare to be excited!

A new distillery barn is being built in Pine Plains, New York, for Dutch’s Spirits. The distillery is being built on a parcel rich in history from the Prohibition Era. During this time, a lot of “bootlegging,” led by mobster Dutch Schultz, went on. It thrills us to supply the timber frame for the barn. Read on to learn about the history behind this new fascinating distillery!

History of the Dutch’s Spirits Property

The bootlegging operation started during the Spring of 1932 by infamous bootlegger Dutch Schultz (aka Arthur Flegenheimer) on a turkey farm owned by former NYC police officer Patrick Ryan in the rolling hills of Pine Plains, New York.

A massive underground operation went on with interconnected tunnels, bunkers, and false chimneys. They designed it to produce a secretive distillery operation during the prohibition era. They produced the liquor in an old cow barn and spring houses supplied water underground. Tunnels spread throughout the farm into hidden passageways. In disguise, this turkey farm became a robust operation producing thousands of gallons of moonshine led by mobster Dutch Schultz. Although Dutch and his crew tried to keep the operation a secret, the Feds raided the distillery on October 17th, 1932.

After the raid, the farm went back to being a turkey farm. The farm went through several more changes, and finally, in 1969 the property was purchased by Charles and Janet Adams. The property remains in the Adams family today as Harvest Homestead Farm and now the home of Dutch’s Spirits. Uniquely, Charles was a “potato harvester” when the secret distillery was in operation. For forty more years, the Adams family kept watching over the farm and its buried secrets.

In the Spring of 2008, Alex Adams, Charles’s grandson, and his close friend Ariel Schlein learned of passaging the New York Farm Distiller’s Law. They decided it was time to write another chapter in Dutch’s history. So, during the summer of 2011, they added the site to the New York State Archaeological Inventory as a “Bootleg Era Bunker Complex.” The New York State Historic Preservation Office deemed it eligible to include in the state and nation register or historic places. 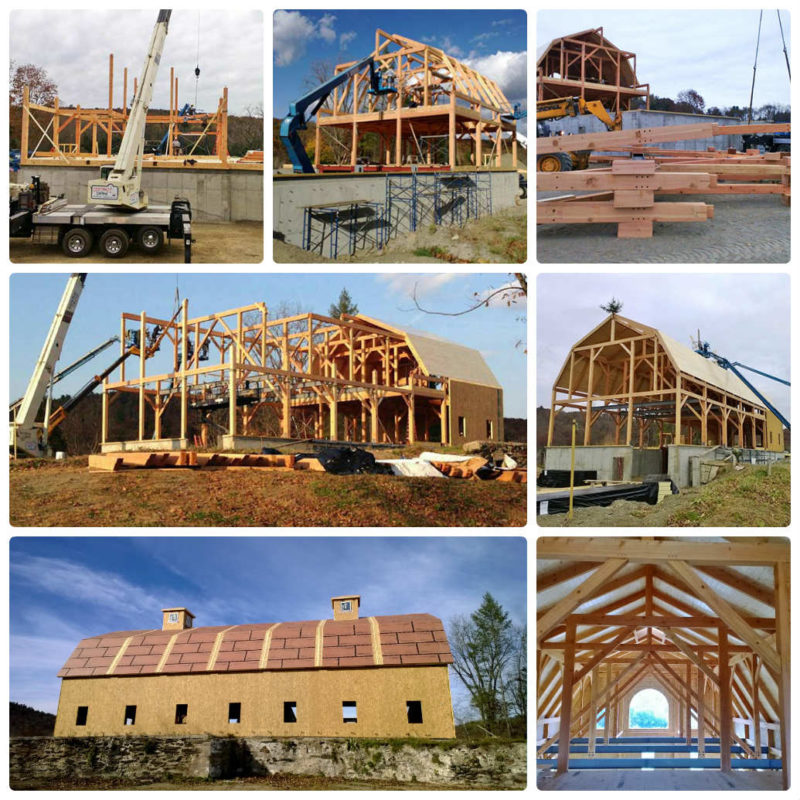 Interested in learning more about building a timber frame distillery barn? Call us today at 800.636.0993!